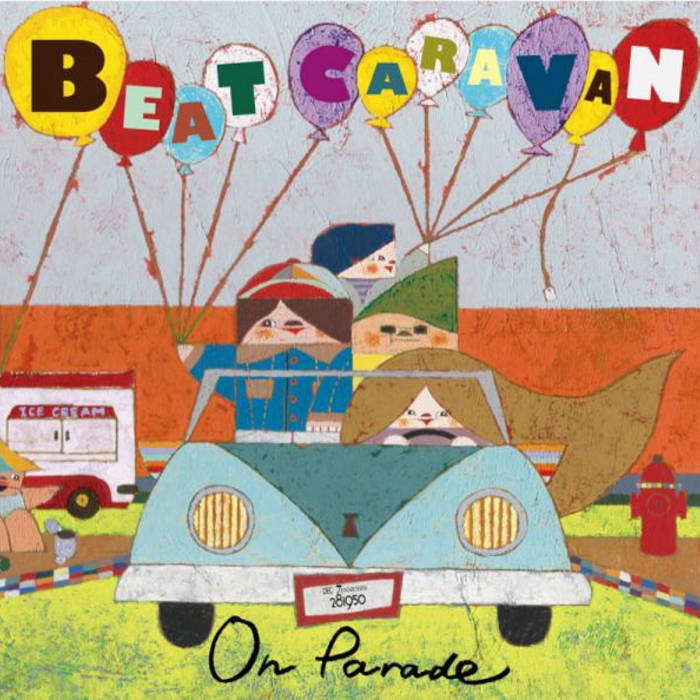 Beat Caravan was formed in late 1990s in Tokyo by Shooge(Guitar and Vocals) and Miho (Bass and Vocals). Matt (Drums, ex-MORE FUN) joined the group in 2001. They released their debut 7"EP, S/T in 2002 from POPBALL RECORDS. After releasing mini album, Vol. 2 in 2004 from Target Earth Records, they got a second guitarist Bob. Their 1st full album, On Parade, was released in 2010 from POWER ELEPHANT. ... more

Track Name: The Time Has Come
THE TIME HAS COME

“Hello, hello my friends, I’m back here
Have a good time like before”

(I’ve had it!)
Track Name: Everyday is Sunday
EVERYDAY IS SUNDAY

I’m warming up an old porch swing
Ain’t it fine forgettein’ things
I’m achin’, but it ain’t nothing major

A pickup kicks up dirt road dust
Someone’s come for one of us
Round here, nobody’s a stranger

I never lost that young man soul
Slow it down and let it roll
Round here, everyday is Sunday

My wings are hanging on the wall
The saints go marhin’ down the hall
Round here, everyday is Sunday
Track Name: Signs in the Sky
SIGNS IN THE SKY

Don’t need to worry ‘bout it, uhh
Get to spend this longest night all alone

When you awake at night...

Bandcamp Daily  your guide to the world of Bandcamp

Tasty gems from around the world, plus interviews with Kaitlyn Aurelia Smith and Nick Hakim.